A new "No Fly Zone" for celebrities

I am officially making a “No Fly Zone”.  My kids, any special needs kids, and their families and friends are off limits.  I don't care what kind of celebrity you are if you're talented, have a bazillion dollars, or aren't that talented and people are just conned by your PR department.  Please SHUT UP and ACT, SING, or do whatever it is that you do, but SHUT UP.

After the whole Jenny McCarthy calling autism moms that weren’t treating their children in the manner she deems appropriate, she pontificated from a podium, that “they play the victim roll”.  I got officially pissed off.  Celebrities have started annoying me the last few years, and I'm sort of over the holier than thou, persona that most present.
Then earlier this week Rapper 50 cent tweeted out to his over 6 million followers "yeah just saw your picture fool you look autistic".
And if that wasn’t offensive enough to autistic kids and their families he went with "I don't want no special ed kids on my time line follow some body else".   So not just autistic but the whole special education community is now under attack by a very large JACKASS.
Now I must tell you if 50cent walked into my house I would have no idea who he was because I think rap is irritating for the most part, and it’s just not my thing.  However, there are some people that think he is talented.  Be that as it may, he may be talented but he is also an asshole.  Here is the LAME non-apology that he tweeted today "I realize my autism comments were insensitive, however it was not my intention to offend anyone and for this I apologize," – I really don’t care to take a non-apology like that.  The truth of the matter is that this JACKWAGON has 6 million people that think he’s cool, and some of them want to follow his example and will continue the trail of attacks on the special needs community because they think he is an example to be followed rather than defiled.  To the 6 million people that follow 50 cent.  Get a clue, listen to his music but just KNOW that he is a nauseating human that is a complete waste of oxygen.  So 50cent, please stop being a walking douche bag, just go rap your music and please shut your pie hole.  There is no one on this earth that needs the kind of bigotry that you promote. 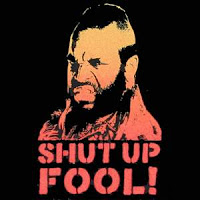 Margaret Cho a D List comedienne (if you can even use that term for her), it is abundantly clear she is no more than an angry middle aged woman who is very unhappy with her life.  Her wonderful comments on Watch What Happens Live with Andy Cohen were that she didn’t want to have a baby at this point in her life because she was afraid of having an autistic or a retard.  HONEST TO GOD?!  Anyone that would go and see her show after anyone that would say this in jest or not, needs a mental examination.  How on earth could you say that?  Do you realize that your public platform is not one to spew your hate. Yes there is free speech, and I support your right to say what you want, but for the love of Pete, there is something called common decency, and special needs kids and their families are OFF LIMITS YOU STUPID COW.   Those words that she said brought zero ramifications to her, and she just made a sweeping statement that hurt and brought back the hurt that many families feel all the time.  And women and people like her and 50cent, could honestly care less that they hurt anyone, they care that they got some bad PR – END OF STORY.  I won’t even stop my remote on the Lifetime channel because they employee the piece of human excrement.

So this is an open statement to all celebrities and public figures.  Say whatever you want whenever you want, but us special needs families are declaring a “NO FLY ZONE” over our lives, our children and want you to sing, act, and do your jobs, but after that can you please just SHUT UP until you can educate yourself, grow a soul, or actually meet a child and family with autism and see how truly empty your life is because you were not blessed with the amazing gift of a child with special needs.

So celebrity arena, you have been warned and we are willing to declare war on you if you enter the “NO FLY ZONE”.  We have challenges in our lives that are bigger than any stadium you think you could fill, and we do not need the opinions of you lame brains to hurt those that are defenseless.  And if you have an argument in your favor to say these vile things, please bring it on.  I will own you.

Rebecca
Posted by RealMomofOC at 12:04 AM