Being the mom of a non-verbal child is a test of true grit.  I know several of us and our life takes on so many additional roles, including clairvoyant for our child, because most of the time we are trying to just figure out what they are communicating.

My oldest son has severe autism, is non verbal, and has been working with a communication device to help him get his voice and it has been a slow road but his frustration has been cut down a lot.

However, when I'm not with him, he is still in the big bad world alone with very minimal communication skills.  So I trust everyday that what I do and who he is with is aware of that huge safety factor.  Sometimes I feel confident in the people around him at school, and sometimes I'm stunned because it doesn't seem like they have ever heard of autism before.

Over the last several months his eloping (running away) has kicked up a notch and 2 times in the last week, one I witnessed myself, and one was told to me by a school aide, that he got away from his group and out of the building.  Thankfully, he was not able to get very far and was caught by adults both times.  We also have a documented case of him eloping out of his classroom and out of the building of school with 3 adults running and chasing him.  The part about all of this is none of the adults chasing him can ask him "why" did you run, "what" do you need, "what" can we help you with.  He can not communicate that, and that is where the grit comes in.  I have to buckle down now and make sure that my dude is under impeccable care.  Because I can't think of what would happen if he got away, it is unspeakable and unthinkable, and brings a flow of tears to my face that I can barely control.

So I have to go now, and ask, and beg, for my childs safety that he get a personal 1 on 1 aide to be with him all the time.  What can happen is unspeakable.  His school was built in the era, of love, peace, and Bobby Sherman and there is no fence and the campus is completely open, which was probably a very poor choice of locations when the district was choosing the location for the Special Education Children.  So I have to prepare myself for what I expect to be a battle, because really it is always about money, and someone is going to pull the I don't have enough money to provide him a full time aide.  Well those EXCUSES are no longer acceptable for me. The school districts have plenty of money, they just have to choose not to waste and abuse the funds they have, because that is the problem (and a whole completely different blog post).

So begging for my child's safety is what is going to happen this week, and if we don't get what is going to keep him safe and a productive non disruptive student to his classmates, I will have to find a special education advocate, and fight the school and the district and ultimately win.  Because the unspeakable game here is that the districts want to give you as little as possible, hoping that you won't fight, and putting so many hoops in front of you that they hope you give up.  I do believe I have a slam dunk case, and will take it as far as it needs to go.  He's my kid there is no limit to the lengths that I will go to help him, I will turn over every rock and move mountains to make sure we get him where and what he needs to be a successful student.

Life Lessons of the Week

2. Crazy people should be put on exile island

3. Facebook is not as fun as it used to be

4. People that go out of their way to be mean and personally attack are losers, and need to get a life

5. Another person truth is not my reality.

6. Never ever give up on your kids, friends, family and always hope for more.

7. Cut out negative people, they suck the life force of the universe.

8.  Freedom of speech is a beautiful thing.

9. Disagreeing with an opinion of someone is no reason to call someone names.

10. I do believe my oldest son will speak one day.

11.  I had free rent in the head of a big bully today, and while I feel like I need a shower after being in such a vile place, it took all the power out of the bully.

12. If you're going to throw something at me, I'm going to swing at it

There will never be a day or a place where I am okay with someone attacking a person because of a disagreement, if you can't have a debate without agreeing to disagree, stay out of the sandbox. 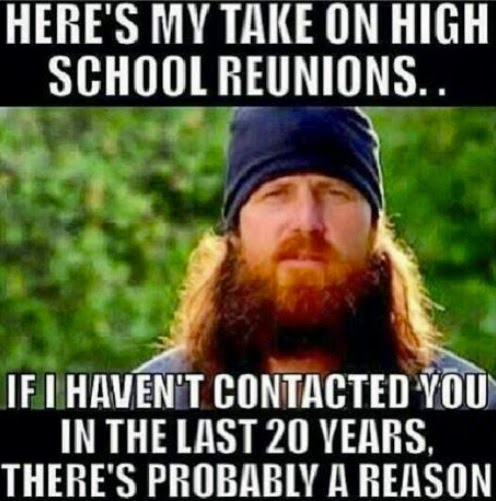 It's a short life, and to spend an entire day, poking at someone because you have nothing going on in your world, is really sad, and I'm grateful that I'm not the one living that way.
Posted by RealMomofOC at 12:02 AM No comments: