Which Disney Princess Are You?

A month ago I participated and finished the Disneyland Half Marathon.  It was my second half marathon and I improved on my time and it was an INCREDIBLE race.  Disney does it up right for sure.  The first 3 miles of the course were running through the Happiest Place on Earth and Disney's California Adventure.  I haven't been to Disneyland since my kids were born so the new Cars Land was absolutely AWESOME.  In my home we watch Cars EVERY DAY, so it was more than great to run through Radiator Springs.

As I ran through Disneyland and came through the castle I was thinking of what Disney Princess I actually am.  I was pretty emotional running this race.  I was running a strong race, faster than my first half marathon, and I was in a place that I truly love.

When I think of where i was a little over 18 months ago, I couldn't run 13 feet let alone 13 miles, I was severely overweight, and was just a hot mess in so many areas.

Cinderella kept popping in my mind, and not because of my ability to rock a ball gown like she did, but because of her life before the ball and prince.  She was stuck in this castle basement with her evil Stepmother and horrid Stepsisters.  3 years ago when my son had been diagnosed with autism at s old, we literally became prisoners in our house 30 hours a week of therapy in our home. I had a 2 year old and a brand new baby, and I was literally stuck here in the house, and Autism was the step sister that was just plain mean to me, my kid, and our family.  Then 1 year after that I was diagnosed with breast cancer, and that was the 2nd horrible step sister.  Breast cancer was mean and abusive to my body and soul, and tried to crush me.  After 1 year of surgeries and recovery, I had to take control of something autism and cancer had done some damage to my psyche. 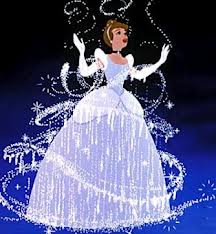 My fairy Godmother was the treadmill in our garage.  Rather than taking an anti-depressant, or hiding in my house forever, I just made a decision that NO MATTER WHAT I would sweat for at least 20 minutes everyday.  So I cleaned off the treadmill, and got on it, walking, jogging, running.  Yes, me that fat lady was RUNNING.

That treadmill (the GodMother) transformed me and my body into a strong mom, a lean mom, and beautiful on the inside and out mom.  It helped me conquer the hurt and damage of autism and cancer and all the chaos that they brought to our home.

I did more than run the treadmill, I became healthy, fit, and fun. I became a FitTastic Mom. I found an online group of 8  women and followed their example and their blogs, and was transformed into "Cinderella" and the ball was the Disneyland Half Marathon.

So as RunDisney is my Prince Charming and my ball is the Disney Princess Half Marathon on my 45th birthday is the ball so I can meet my "friends" and in real life, and hold hands as we run through the castle together as the closets thing there is to running royalty.

Rebecca
Posted by RealMomofOC at 6:52 AM